This is an exercise in listening and, just as important, in communicating clearly.

Speed is not the point here. You want to make sure your message “lands,” not just that the email was sent, so to speak.

To begin, everyone stands in a circle. The Director/Coach mimes holding a ball, which they pass to someone else in the circle while making eye contact and saying “Red ball.”

This continues until everyone in the circle has had the ball a couple of times. The Director then gives someone a mimed bowl, saying “Red bowl.” That person repeats “Red bowl,” and passes it on to someone else.

Once the red bowl and red ball have gone around the circle, the Director can add a bread bowl, a Red Bull (miming a can), a red shawl, and something else just to mix it up: a lemon meringue pie, a copy of Hustler, or the flaming skull of Del Close, for instance.

When all the items are in play, the Director stops everyone and asks who has each item by a show of hands.

Variation: This game can be played using only mimed balls of different colours (red, yellow, green, etc.). Instead of passing the ball, you can throw it around the circle. 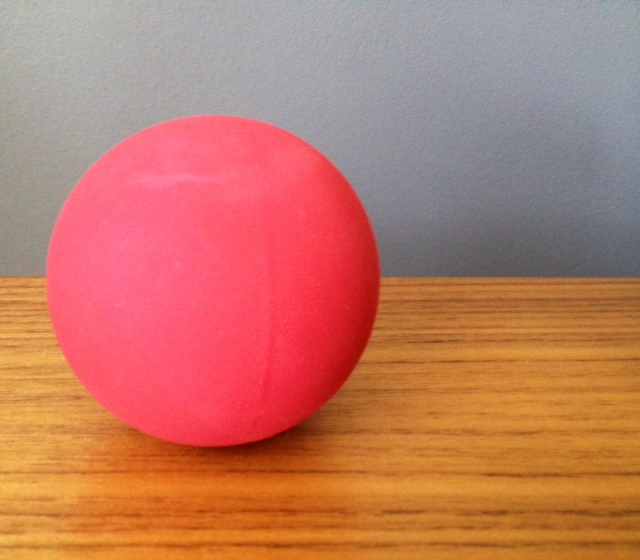