A bunch of really cool, really funny people met through improv. We asked some of our favourite couples how they hooked up. 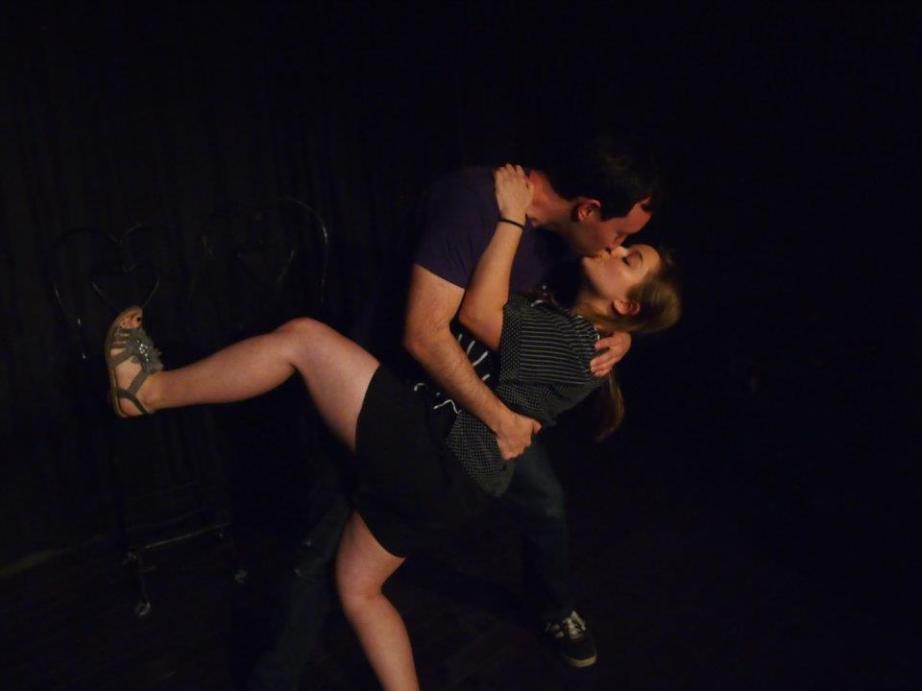 P&C: How and when did you meet?

Laura: Josh and I first met in a weekend musical improv workshop. I recognized him from Impatient Theatre Company, but he was a later generation than me, and I wasn’t really in that segment of the scene anymore.

Josh: Laura wrote an article for my blog after the improv workshop. I remember seeing her sing and being like – Whoa! Who is this person I’ve never met before? What a voice! I could tell she was captivated by me, but I played it cool.

P&C: When did you first know you liked the other person?

When I kissed him that night, and his breath stunk of garlic from all the gazpacho he’d been eating, I really didn’t think it was going anywhere. We’re getting married next year.

Josh: Laura was instantly taken by my confidence and sex appeal at the Comedy Bar Halloween party. It was clear she was smitten, and I decided to give her a chance. The next few months were a whirlwind romance.

Laura: We first performed together as a duo called Lil Zazzers. He wanted to name our child that, so I used the name for our improv duo to ensure that name was used for something else.

We also performed together on a team called Crazy Horse at SoCap. Josh and I often improvise scenes, songs, and characters privately to each other, so performing together is really just being our private selves in front of people. Our sense of play generally focuses on finding creative ways to annoy each other. Like my clown: Cramps, the menstruating clown.

Josh: When we have twins, they will both be named “Lil Zazzers” and will be a Vaudevillian comedy duo. Think gold lamé, canes, a top hat, pencil moustaches, etc.

P&C: How has improv helped your relationship?

Laura: We always listen to each other, say yes to each other’s ideas, and generally avoid judging each other, so that is wonderful. I think that listening all the way to the end of the other person’s sentence before formulating a response is a great skill for relationships and life in general, and one that I still work on.

And then of course there are the endless bits, voices, etc. Also, if one of us has a bad set, it’s great that the other can offer constructive feedback and not just be totally embarrassed. Josh has also coached me, and he is a fantastic coach!

P&C: In what way has improv influenced your career?

Laura: I work now as a music teacher, and I’ll be teaching a class on performance skills for musicians this year to kids. It’s all improv based, because improv is a great way to help any type of performer come out of his or her shell.

Josh : I work at the University of Guelph. I use improv in my training and coaching to build rapport with my staff and help them get comfortable with their work.

P&C: What’s the best, worst, or most memorable show you’ve done together?

Laura: My favourite show was a jam at Unit 102 a few years ago with some other people. The suggestion we got was “bigotry,” which is pretty heavy for a random jam. We were with a great group of people, and we really threw it to the wall.

Scenes included the Museum of Racism featuring Star Trek, a billionaire Chinese businessman becoming a soap opera director, Aunt Jemima taking questions at her Ted Talk, and 100-year-old Rosa Parks demanding a seat on a crowded bus. I don’t know if we moved mountains that day, but we certainly threw the audience’s shitty suggestion back in their face. I was proud of us!