The Professionals: David Shore on Finding Your Role By Doing

David Shore is an alumnus of The Second City Mainstage and iO West. A 13-time Canadian Comedy Award nominee and two-time winner, he is the founder of Monkey Toast. In 2010 he relocated to the UK and is now Artistic Director of Monkey Toast UK, where he oversees both its improv school and shows. 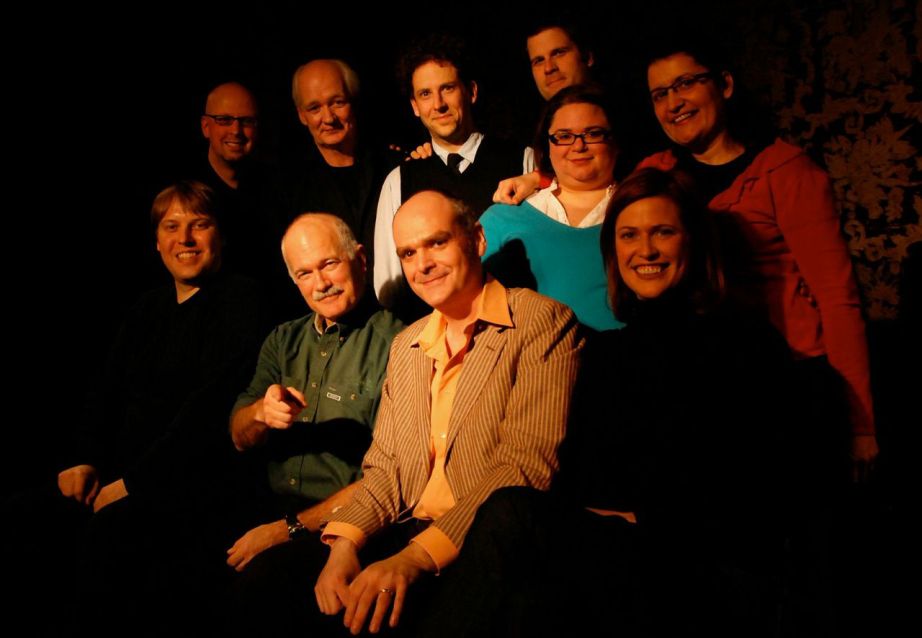 When did you first know you wanted to do improv/comedy/acting for a living?

I don’t know that it was ever a conscious decision. It’s more something that just happened and I think a lot of people in my age range came about it this way. I wanted to write sitcoms and got into acting in a backwards way. I fell in love with long form the first time I saw Bitter Noah at the newly opened IO West. I never thought I could earn a living at this or the direction that it would take my life in. I just knew that I had to try it.

What were you doing before this?

I am overly educated. I have a BA and a BAA. The second degree is from RTA at Ryerson. I wanted to be a TV writer/producer.  That’s what took me down to LA and that’s where I discovered long form. As jobs I’d worked at a custom B&W photo lab, was the receptionist at a gay synagogue, and also worked as a headshot photographer. But I was trying, with minimal effort, to be a sitcom writer.

Who has had the greatest influence on your career, and why?

That’s really hard to say.  I’ve learned so much and have been shaped by my improv teachers and cast mates. Scot Robinson’s class at the IO West in LA had a profound affect on me. He’s simply the best teacher I’ve ever had. He doesn’t get enough credit. He’s one of the founders of The Annoyance. Shulie Cowen, my former coach taught me a ton and so did Jenna Jolovich, who taught me how to act while eating after a show at Canter’s Deli. Also, Paul Valencourt, who was in Bitter Noah and opened up the IO West and was my first teacher there. He was and is amazing.

There was one event that changed everything about the way that I play and the way that I teach was taking Alan Arkin’s workshop in Toronto at the Second City. He worked directly with Spolin and literally changed my life (and I know many others who took the course that felt the same way).

I still quote him to this day to all of my students and do some of the exercises that he did with us. Most importantly, he taught me that a character doesn’t need to change and in many cases, must not. I did a scene with Albert Howell, and Arkin told me to pick an emotion and play it. I was a baker in a bakery, and I chose happy. So when Albert came in, I was very happy. Then he said, “I’ve just seen Cynthia,” and I heard something in his tone, so I suddenly became sad. It was a good scene but at the end, Arkin asked me, “What was your emotional choice at the top of the scene?” I told him that I was happy. He then asked, why I changed. I told him because of Albert’s offer. He had us do the scene again, and told me, “This time, not matter what, stay happy.”  The scene worked on a completely different level. It was a real eureka moment.

What was your first paid improv-related job?

Well when I came back from LA to Toronto, I did a run of the One-Man Harold at the Tim Sims Playhouse and actually made some good money off of that. But I suppose it really would have to be when I was hired to join the Second City Mainstage.

How much have former instructors, coaches, and team members played a part in your career?

I guess I already answered this question. If you don’t learn from the people that you’re playing with, then there’s something wrong with you or you’re simply not learning. I was lucky that I got to play with these amazing Chicago alumni rather quickly out in LA.  That gave me the confidence that I could play. But the people on my Harold teams were tremendous influences on me. I had a core of about 3-4 people that I played with regularly for three years in LA, and it was just so supportive and fun and really cutting edge for the time.

Do you see improv as a means to doing other work, or an end in itself?

I think most people get into it to do something else, like writing or acting. I did it because I had writer’s block and I wanted to meet people and form a sketch troupe. But once I got into Chicago-style, I wasn’t so concerned with writing anymore. For me it is an end onto itself, but it has certainly made me a better writer (or at least I think so). It’s also one of the most social things that you can do. I made and still have great friends out in LA, and made a ton of new friends in Toronto when I returned (I was not part of the scene before I left). Now almost all of my friends in London are through improv. Because you’re onstage with people with nothing but “yes, and” and trust, you bond much quicker and form deeper friendships.

When you hear the words “working improviser,” what comes to mind?

To me that’s someone who earns most if not all of their living via improv. I think the majority do it through teaching and corporate work. While corporate work pays more, it is much less rewarding. I think there are very few who can earn a living by just performing improv. In Canada, I don’t know if anyone outside of Colin Mochrie, and the Second City Mainstage cast who earn a living from just performing improv. Certainly lots of people act and write.

Describe a typical day in your life.

I don’t really have a typical day, and I suppose that’s typical. I teach a few nights a week and do a double on one day of the weekend. If it’s the weekend, I’ll drag my ass out of bed, eat, shower and make a sandwich before heading off into central London to teach. I’ll teach for six hours straight, and then most likely have a drink with the final class once it’s over. I may got out to eat, or meet my wife somewhere, but most likely I’ll head home and have dinner with my wife and spend some time with her.

During the week, I will get up and do whatever is on my to-do list. Depending on what time of year it is I may have a ton of admin to do as I run my own improv school. So I may have 4-6 hours of admin to do on any day (we’re looking for ways to streamline this). Right now, I don’t have much admin, so I might go run errands, work on promoting the upcoming show, book guests for future shows and then I’ll head off to work in central London. After class, I will sometimes stay for a drink and if not, I’ll head home and will relax a bit with my wife before going to bed.

What’s the salary range for an improviser in your city?

I really don’t know what the salary range is in London. I know that I earn almost all of my income from teaching and running classes. I always tell people that if they’re getting into this to be rich, then do something else. There are far easier ways to make money.

What are the differences (if any) between improv in the UK and North America?

There’s a tremendous amount of talent here and work ethic is impressive. Performance-wise, some of the biggest differences are the lack of the “where” when doing a scene, and the Brits’ tendency to try and be clever. There is also a false belief that audiences in North America are better educated in improv, but I don’t feel that’s true. I think improv is one of the most underrated and under-appreciated art forms pretty much everywhere.

Improv has been steadily infiltrating corporate and popular culture. With all of the interest in improvisation, why is it still so difficult to get bums on seats at shows? (Or is it, in your experience?)

I think there are lots of reasons for this. First off, in North America you need a machine behind you to put bums in seats because people just don’t go out as much. The Second City has people whose full time job it is to sell tickets. That makes a big difference.  Also, for whatever reason, if people see a bad improv show, they think all improv is bad. They don’t feel that way about stand-up or sketch.

The worst was easily when the Signa Nu fraternity bought out the Second City for their international convention. Playing before 400 frat boys was the worst experience that I’ve ever had. Maybe that only qualifies for sketch. Doing improv in a tent in North Hollywood was pretty weird. They had this beautiful theatre where we thought we were going to perform, but someone thought it would be great to put improv outdoors, near the music tent. They even promoted the should as a children’s show, which it was not.  My coach was furious, and at one point jumped into a scene and started shooting people. I have a vivid memory of a mother grabbing her young son and quickly taking him out of the tent.

Do you think it’s easier to make a living as an improviser today than it was when you were starting out?

Where do you see yourself 10 years from now?

Healthy, happy and still teaching but doing more Radio and TV as well.