There’s a theory in personal finance that says, “Your income is the average of the five people you spend the most time with.”

It’s enough to strike fear in the hearts of actors everywhere.

If you’re not earning big bucks, the thinking goes, you need to seek out people who do and start spending time with them. (What they don’t say, is what to do if those five people are douchebags.)

Before you quit improv to become a commodities trader, there’s another concept that’s far more valuable in my opinion: the idea of “psychic income.” It involves all those things that you don’t get paid for, but which give something back to the world – and in so doing, fill your cup as well.

For most of us, improv pays little (if anything), but it’s off the charts in terms of psychic income.

Few things compare to the high you feel when you’ve finished a great set. The same goes for coaching or teaching. You may not be earning six figures, but where else can you experience the joy of watching grown men and women play “Big Booty”?

Citibank’s slogan used to be “Live richly.” (That was before the whole subprime mortgage meltdown. Then they changed it to “Citi never sleeps” – presumably because no one was sleeping after the subprime meltdown thing.)

If you want a rich life, it’s simple:

Surround yourself with people who enrich you.

People you admire or aspire to be like. People who are smarter than you, who broaden your understanding of the world. People who go out and make things happen, as opposed to just sitting around criticizing. People who make you laugh.

When I look at my favourite improv teams, they’re made up of friends who respect and support each other. They share what they have unreservedly, and celebrate each other’s successes. 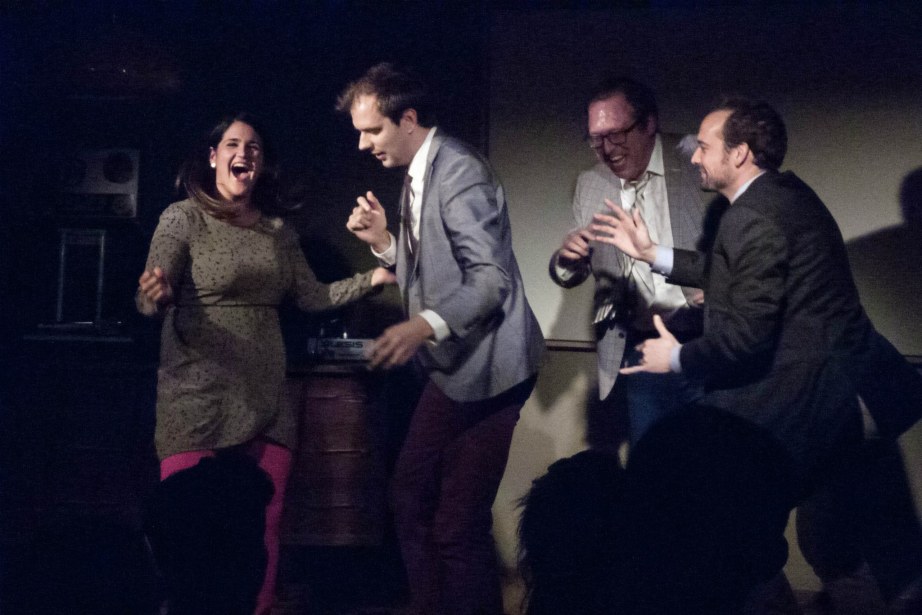