While he was waiting to be interviewed, he noticed another man sitting alone. Cameron introduced himself and asked the man, whose name was Scott, what he was there to talk about. 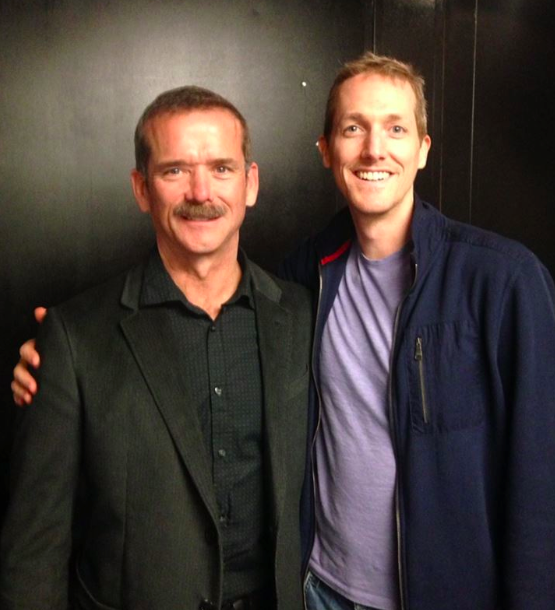 They laughed, and Scott asked what Cameron did. He explained that he was there to talk about improv, and how it helped him overcome his anxiety.

They chatted for several minutes, and Cameron forgot all about any nerves he might have had. When the studio door opened, Scott told Cameron, “You’ve got to meet Chris!”

As Cameron told me this story, he said, “The ‘old me’ would have sat by myself, concentrating on not being nervous. Instead I was focused on what was happening now. Laughing with Scott was so much better than focusing inward.”

If you’d like to learn more about improv for anxiety (and being here now), check out Cameron’s new website at playwithfireimprov.com.