Toronto comics are some of the best on the planet. But unless you’re already part of the scene, you might never know the comedy goldmine in our midst.

StreamFest aims to put an end to that.

In partnership with the Canadian Comedy Awards, StreamFest live-streams the city’s top comedians to the world, Sunday evenings at Comedy Bar.

As fans of live comedy ourselves, there’s nothing quite like being there. But for those who can’t (or don’t want to) visit our chilly part of the globe, StreamFest brings Toronto’s best to a whole new audience of fans

The carefully-curated mix of stand-up, sketch, and improv adds up to a thoroughly entertaining 90 minutes of laughs. Established acts like Colin Mochrie, Ron Sparks, and National Theatre of the World share the stage with newer names like fab sketch duo British Teeth, stand-up Rhiannon Archer, and improv favourites RN and Cawls.

The show is produced by Brian Smith and Kyra Williams. Smith, who co-created the freakishly funny Live From The CenTre, knows how to build an online following. And judging from the live audience’s reaction this past Sunday evening, that shouldn’t be difficult.

StreamFest runs every Sunday at 7 pm till May 19 at Comedy Bar. This week’s line-up includes Lady Business, Jordan Foisy, and Clifford Myers. 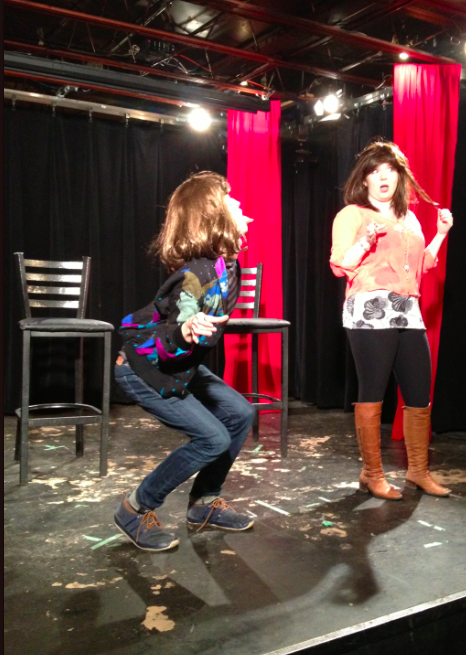