Community Is Alive And Well At Revel Theatre Collective

Toronto’s comedy scene is thriving, especially with the explosion of interest in improv.

The bad news is, finding stage time in a city bursting with shows, seven nights a week, is nearly impossible.

One brisk evening back in March, they unveiled a little something called Piece of Garbage Sex Dungeon: A Night of Sophisticated Comedy at Unit 102’s funky new space at Queen and Dufferin.

With the mission of offering high calibre, high energy shows from both newbies and seasoned vets, the night was an instant success.

Since then it’s become the hot ticket on Sundays for both fans and performers of improv and stand-up comedy. It’s a place where people can come together, take risks, and have fun among friends.

As for shows, they’ve ranged from montage to duo night to musical improv to a Team Jesus vs Team Moses improv-off.

This Sunday is your last chance to catch Piece of Garbage before it breaks for the summer. As you’d expect, the line-up is not to be missed: Part-Time Demi Gods, Revel Theatre Collective, Canadian Comedy Award nominees 2-Man No-Show, and the team with the coolest name ever, RN and Cawls. The shows starts at 8 pm and tickets are just five bucks.

In the meantime here are some favourite moments from the past season, beautifully captured by Kevin Thom. 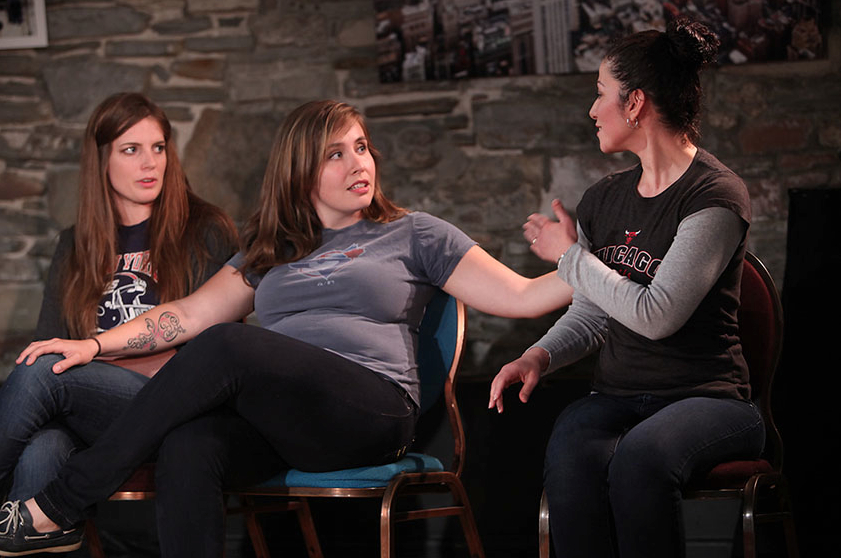